Autoimmune Hepatitis is a disease in which the body’s immune system attacks liver cells. This causes the liver to become inflamed (hepatitis). Researchers think a genetic factor may predispose some people to autoimmune diseases. About 70 percent of those with autoimmune hepatitis are women, most between the ages of 15 and 40. 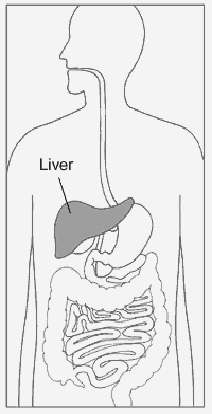 The disease is usually quite serious and, if not treated, gets worse over time. It’s usually chronic, meaning it can last for years, and can lead to cirrhosis (scarring and hardening) of the liver and eventually liver failure.

Autoimmune hepatitis is classified as either type I or II. Type I is the most common form in North America. It occurs at any age and is more common among women than men. About half of those with type I have other autoimmune disorders, such as thyroidosis, Graves’ disease, Sjögren’s syndrome, autoimmune anemia, and ulcerative colitis. Type II autoimmune hepatitis is less common, typically affecting girls ages 2 to 14, although adults can have it too.

One job of the immune system is to protect the body from viruses, bacteria, and other living organisms. Usually, the immune system does not react against the body’s own cells. However, sometimes it mistakenly attacks the cells it is supposed to protect. This response is called autoimmunity. Researchers speculate that certain bacteria, viruses, toxins, and drugs trigger an autoimmune response in people who are genetically susceptible to developing an autoimmune disorder.

Fatigue is probably the most common symptom of autoimmune hepatitis. Other symptoms include

People in advanced stages of the disease are more likely to have symptoms such as fluid in the abdomen (ascites) or mental confusion. Women may stop having menstrual periods.

Symptoms of autoimmune hepatitis range from mild to severe. Because severe viral hepatitis or hepatitis caused by a drug – for example, certain antibiotics – have the same symptoms, tests may be needed for an exact diagnosis. Your doctor should also review and rule out all your medicines before diagnosing autoimmune hepatitis.

Your doctor will make a diagnosis based on your symptoms, blood tests, and liver biopsy.

Treatment works best when autoimmune hepatitis is diagnosed early. With proper treatment, autoimmune hepatitis can usually be controlled. In fact, recent studies show that sustained response to treatment not only stops the disease from getting worse, but it may actually reverse some of the damage.

The primary treatment is medicine to suppress (slow down) an overactive immune system.

Both types of autoimmune hepatitis are treated with daily doses of a corticosteroid called prednisone. Your doctor may start you on a high dose (20 to 60 mg per day) and lower the dose as the disease is controlled. The goal is to find the lowest possible dose that will control your disease.

Another medicine, azathioprine (Imuran) is also used to treat autoimmune hepatitis. Like prednisone, azathioprine suppresses the immune system, but in a different way. It helps lower the dose of prednisone needed, thereby reducing its side effects. Your doctor may prescribe azathioprine, in addition to prednisone, once your disease is under control.

Most people will need to take prednisone, with or without azathioprine, for years. Some people take it for life. Corticosteroids may slow down the disease, but everyone is different. In about one out of every three people, treatment can eventually be stopped. It is important to carefully monitor your condition and promptly report any new symptoms to your doctor because the disease may return and be even more severe, especially during the first few months after stopping treatment.

In about 7 out of 10 people, the disease goes into remission, with a lessening of severity of symptoms, within 2 years of starting treatment. A portion of persons with a remission will see the disease return within 3 years, so treatment may be necessary on and off for years, if not for life.

Both prednisone and azathioprine have side effects. Because high doses of prednisone are needed to control autoimmune hepatitis, managing side effects is very important. However, most side effects appear only after a long period of time.

Some possible side effects of prednisone are:

People who do not respond to standard immune therapy or who have severe side effects may benefit from other immunosuppressive agents like cyclosporine or tacrolimus. People who progress to end stage liver disease (liver failure) may need a liver transplant. Transplantation is a promising alternative, with a 1-year survival rate of 90 percent and a 5-year survival rate of 70 to 80 percent.